The Epiphone Joe Bonamassa 1960 Les Paul Standard “Norm Burst” Outfit is Joe’s seventh signature model and is based on the rare 1960 LP Standard that Joe discovered at Norm’s Rare Guitars in Tarzana, California. The limited-edition “Norm Burst” is modeled after the rare vintage 1960 Les Paul made during the final year of the LP Standard’s original production run. Featuring ProBucker™ humbuckers, a AA Maple Cap with Flame Veneer top, and Mallory™ tone caps.

Inspired by the Iconic 1959 Les Paul

The late-’50s Les Paul recipe is maple on mahogany. And that’s exactly what you get in the Epiphone 1959 Les Paul Standard. The solid AAA flame maple cap boasts a rich natural figuring and imparts a snappy tonal quality to the rich, resonant, full-weight mahogany body. The 24.75″-scale mahogany neck sports the slimmed-down medium “C” profile reminiscent of true ’59s, along with the 12″ radius and medium-jumbo frets these guitars are known for.

۱۹۵۹ was the year Gibson really dialed in the response of its Seth Lover PAF (“Patent Applied For”) pickups. Nowhere is this sound better captured than in Gibson’s USA-made Burstbucker pickups. The Epiphone 1959 Les Paul Standard comes stock with a set of these sought-after beauties wired into a set of Mallory 150 polyester film caps, with CTS pots and a Switchcraft toggle and jack to supply years of proven performance. Take it from Sweetwater: this is no “mod platform” Les Paul. It comes stock with Grade A choice components straight out the Gibson Custom Shop, for plug-in ready rock and blues tones that even Gibson historians will dig.

A true first for an Epiphone, the 1959 Les Paul Standard sports an aged gloss finish that is similar in feel and appearance to the Vintage Original Spec finishes of today’s American-made Gibsons. ’50s-correct non-beveled plastics and a back “Custom Shop” Epiphone badge add to this axe’s A+ looks. 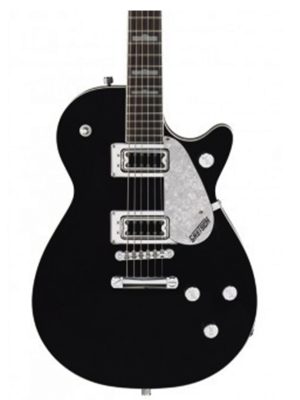